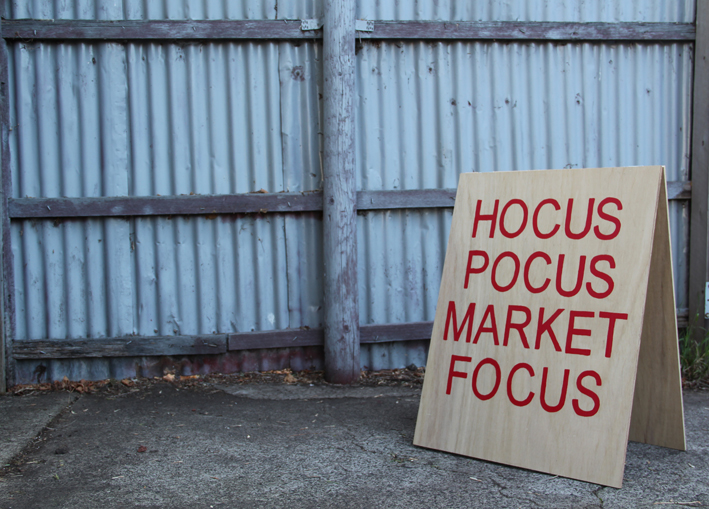 I was invited to make a site specific work for for the alleyway alongside Colourbox Studios in Footscray. The work was first shown as part of the On Foot walking tour, of ARI’s in Footscray, in June 2013.  I produced a series of signs which played with the language used by developers and government to promote the planned changes for Footscray. Taking words and slogans from both local and state government websites, along with phrases used by developers, the language in its new context offered absurd statements, appropriated from beurocratic visions of community development and re-contextualised for the laneway setting. The process of mixing up and appropriating language interests me, as this mimics the method used by developers, government and many industries, to sell ideas to us; Signs uses these propositional statements in an ambiguous way, saying one thing to refer to another.

Thanks to Amie Batalibasi, Shae Rooke and everyone at Colourbox Studios.